Naming and logo design for a tech service 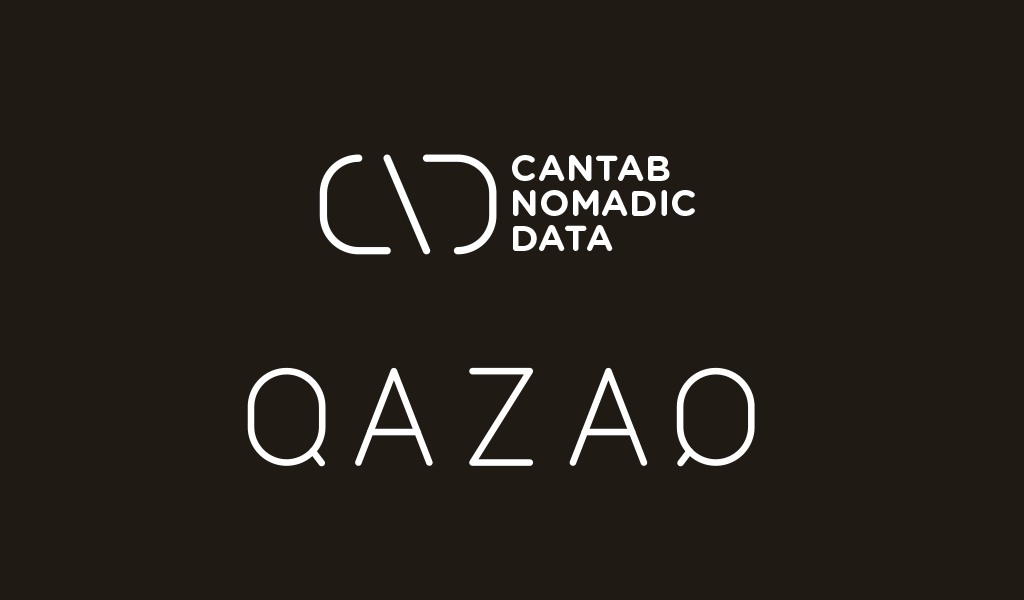 Back in 2010, Cantab Nomadic Data were in the process of patenting their unique technology for splitting and subsequently recovering data, the key strength of which was its resistance to information loss in the split parts. Through their advisor (and our friend), Bruce Davis, they asked us to develop a name for their new technology, and to work on proposals for logos for both the company and the technology.

Though based in Cambridge, UK, the founders of Cantab Nomadic Data were originally from Kazakhstan. A little research brought a serendipitous moment: The ethnonym “Kazakh” is derived from an ancient Turkic word meaning “independent; a free spirit”, reflecting the Kazakhs’ nomadic culture. (source). Not only did the name describe the founders, it also described the idea of nomadic data. We then found Qazaq as an alternative transliteration of the Turkish word, and it suited our ideas very well – being a palindrome, it’s resistant to information loss if it gets split (ok, ok, we’re stretching things here) and furthermore, on a QWERTY keyboard it’s typed using the first keys of each line… down and back up again. How elegantly appropriate! And of course, it was available as a .com domain, which always helps.

Next, we designed logos which, we thought, conveyed an idea of technology and modernity, as well as using a backwards Q at the end to enhance the mirror-image nature of the word.

In the end, Cantab Nomadic Data used our naming idea, but preferred a different approach to the logos. Subjective… but I still like ours.